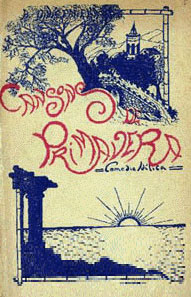 Oberlin College Library's Special Collections houses one of this country's largest collections of Golden Age Spanish Drama, consisting of some 7500 dramatic works. Major Spanish playwrights such as Tirse de Molina, Calderon, and Moratin are well represented. The collection contains a variety of drama as great as Spanish invention could make it: comedias famosas, comedias nuevas, autos sacramentales, tragedias, tragi-comedias, dramas, zarzuelas, juguetes, pasillos, monologos, bailes, along with many adaptations and translations of foreign plays. The collection also includes a huge selection of short works, some manuscripts, actors and prompter's copies of plays. The bulk of the texts — about 4500 — were printed in the 19th century. Another 2000 date from after 1900 (up to 1924), and the remaining several hundred date from the 18th and 17th centuries. The broad span of years represented in the printings provides material for a detailed study of the various movements in Spanish theater to the early 20th century.

The plays were purchased in two main groups: the first and largest acquisition was purchased in November 1930, and contained about 7000 miscellaneous unbound pieces. Oberlin College Library purchased this collection from the Dutch bookseller Martinus Nijhoff who in turn had acquired it from an Austrian collector, reportedly the very person who assembled the collection. For reasons of agreements between various European countries at that time, Oberlin College Library was never able to ascertain the identity of that collector, nor the circumstances that gave rise to this extraordinary compilation of plays. The second acquisition, made in the summer of 1935 consisted of a twenty-volume bound set containing 350 plays printed in the 18th century. Since then, various other dramatic works have occasionally been added to the collection.

Because many of these plays are examples of inexpensive reprint series, and were poorly bound initially, a large number of the plays are in very bad condition. Most are brittle, many are missing covers or even title pages. At some point, all the loose plays were bound together into volumes, alphabetically by author where possible, to prevent further damage. In 1940, Oberlin College Spanish Department faculty member Paul Rogers, who probably initiated the original purchases, published an alphabetized index of authors and plays, followed by a supplementary volume in 1946 which included lists of anonymous plays, a title list, a list of composers, printers, and theaters, providing researchers with multiple access points to the collection.

Most of the plays were subsequently removed from their bindings again when they were first used to create microfilm in the 1970s. More recently they were also filmed in the 1990s in partnership with Omnisys Corp. (now under the Proquest umbrella), who used the Oberlin Spanish Drama collection extensively to create a comprehensive microfiche collection. The original plays continue to be stored in the same order, in acid free envelopes and archival boxes, in a climate controlled and restricted area of the library. They are currently no records for the individual plays in the online catalog, however the Roger's index provides excellent access. The physical bulk the collection now occupies is approximately 135 linear feet, or 41.5 meters of shelf space.